Max, 94, trained as an electrical engineer in Birmingham before marrying his hometown sweetheart Betty before moving to Australia 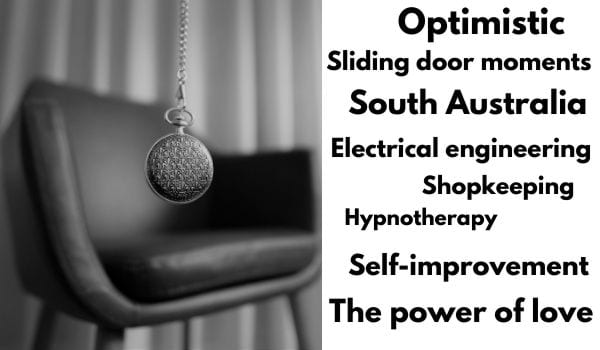 Max Baker, 94, firmly believes in looking on the bright side of life. “There's two sides to every coin, so if there's a negative looking at you at the moment, turn the coin over and have a look at the positive side.”

Growing up in Wales

Max did an apprenticeship in Birmingham, England, before returning to Wales and marrying Betty, a smart young scientist from his hometown. The couple had two sons and the story could have ended there if Max hadn’t heard a radio interview with the Mayor of Johannesburg who was trying to entice people to migrate to South Africa. The mayor’s pitch was appealing enough for Max to seek more information and he ended up being sold on migrating to Australia instead.

‘I'd been assured before I came to Australia that, with my electrical engineering background, I would have no difficulty in getting work, but I found that I did,’ Max says. The couple bought a delicatessen in South Australia. ‘I became shopkeeper, and we ran that business for four years.’

Max was then employed by Golden Fleece Petroleum, which led the family to relocate to Mt Gambier, then back to Adelaide, Sydney, and finally, as head of Human Resources, to Melbourne, which is where Betty was able to realise her lifelong dream of working for the CSIRO.

Look into my eyes

After retiring from Golden Fleece, Max began lecturing part-time at RMIT and Swinburne University in business studies whilst he started his own management consultancy. He also trained as a clinical hypnotherapist. ‘I started studying hypnosis because, when I was a boy, my father was very impressed with the power of the mind.’ Max’s dad had been a big fan of French psychologist Émile Coué, who is known for the saying, ‘Every day, and in every way, I’m getting better and better’. ‘I've been repeating that almost every day for the last 94 years of my life,’ Max says.

Max and Betty were married for 57 happy years, until she passed away in 2007. But Max says life has been good to him. ‘I took up with somebody I'd known for years … gradually we’ve become so fond of each other it's unbelievable. I've been blessed twice. ‘I often say, “Don't think there's only one person in this world you can love or be loved by”. I'm surrounded by love.’