John Tyler was born in 1945. As the baby of seven siblings, he well remembers the rare day his dad came to watch him play footy and witnessed him kicking the winning goal, aged 14. 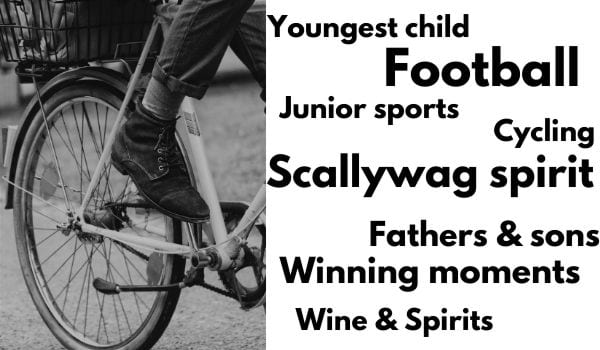 John Tyler was born in 1945. As the baby of seven siblings, he well remembers the rare day his dad came to watch him play footy and witnessed him kicking the winning goal, aged 14. ‘We were four points behind and then, when the fullback kicked out, I marked it and I was about 45 yards out from goal at a pretty sharp angle. I couldn't see the opening of the posts so I did the trick you’d see the fellas doing on telly and pulled out little grass clippings and threw them up in the air so you could see which way the wind was blowing. I aimed for the right post coz the wind was going left to right and kicked it and it went straight through the centre and we won by two points,’ John says.

‘They carried me off the ground on their shoulders.’ When they got home, John’s dad told his mum he’d ‘done alright,’ not wanting to give his son a big head, but later filled her in and his mum let him have the Monday off school as a reward. ‘She wrote me a note, saying I had a sore leg from the football game, so it worked out good,’ John says.

What also worked out good was marrying the girl next door, Carol, when he was 19 and she was 17. The couple had four boys, including talented cyclist Troy, who came second at a junior competition to the future Olympic gold medallist Dean Woods. ‘I had a roller fitted on to my bumper bar and I used to pace him. I’d drive at 50 mile an hour, and that's a big windbreaker for him so he could ride much faster. ‘He should have kept on with it but once he got a girlfriend and realised there was other things to do than ride bikes every morning, he stopped.’ John worked in the wine and spirits trade for 35 years and still loves a drink. He’s currently on his second of three strikes for sneaking wine disguised as bottles of coke into his alcohol-free aged care facility…