Bruce developed a knack for all things mechanical from a young age, and ran his own garage for years, before maintaining, installing and overseeing large machinery in Australia and overseas 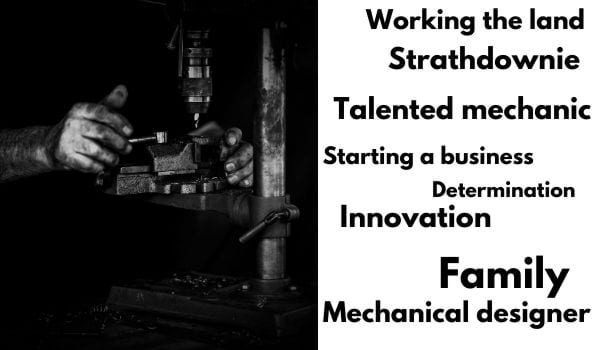 A lack of formal education has not proved to be much of an impediment to Bruce Kilsby, 92. The youngest of six sons to grow up on a grazing farm in Strathdownie, Bruce left school at 14 to begin working on the land.

From an early age, Bruce proved to be a natural at ‘tinkering’ with all things mechanical. ‘We had an old Dodge that had been carved down into a utility and when it broke down we couldn't get parts for it, so I found a front axle off an old Dodge that had much bigger wheels than what ours did. The tyres rubbed on the mud guards so I took the mud guards off and that solved the problem,’ Bruce says. At 17, Bruce went into business with one of his older brothers. His brother drove the tractor during the day, and Bruce at night, until Bruce was able to buy his sibling out. ‘It was fun. You’d see a lot of interesting things. Snakes, rabbits, and foxes. I’d get a reasonable sleep in the day, though I was always up at about 11 o'clock. ‘I did that for about four years with my brother, and then I bought him out and I did it for another few more years during the day. Then I built a garage and was a mechanic.’

Bruce soon built a reputation as a guy who could fix anything. He’d even design and make his own tools to fix unique mechanical problems that had others stumped. ‘You can say that I'm a determined bugger. Nothing will stop me.’ Unfortunately, when dealers made warranties contingent on cars being serviced at their dealerships, Bruce’s garage business was hit hard. ‘My business slowly deteriorated and one of my customers made ice cream sticks and when I closed, he said, “You're coming to work for me”. So, I spent the next 20 years working for him. We used to make six million ice cream sticks a day. They were exported throughout Southeast Asia.’

Despite his lack of formal education, Bruce ended up maintaining, installing and overseeing large machinery in Australia and overseas, with his innovative mechanical designs including a $6 million timber production line.

Whilst he enjoyed his work, marrying Helen O’Brien, the mother of his five children, remains Bruce’s highlight. ‘My wife was a very pleasant lady. Luckily the children took after her, not after me,’ he laughs.