When Alexandrina Fairbairn first arrived in Australia in the 1960s, her Scottish accent was so strong her employer thought her name was Annie and, 60 years later, she still goes by Anne. 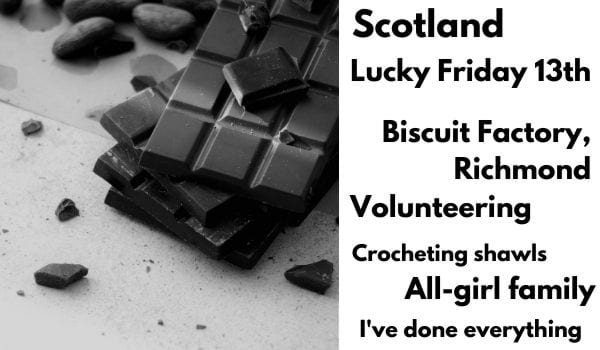 When Alexandrina Fairbairn first arrived in Australia in the 1960s, her Scottish accent was so strong her employer thought her name was Annie and, 60 years later, she still goes by Anne. ‘A lot of people can't understand my accent. It's really funny,’ Anne says.

Anne was born in Edinburgh on Friday the 13th, 1928. ‘My parents had six girls. No, boys. I was the youngest,’ she says. ‘It was happy enough, but we were very poor because, in those days, the men couldn't get any work.’ Anne left school at 14. ‘I did a lot of different jobs, I've done everything — I've worked in a printer’s, where they used to put the lines on the paper, then I went to make the cork tops for the soldiers’ water bottles during the war.’ At 17, Anne married her husband and within the year had the first of her four children.

In 1961, the young family migrated to Australia, after her husband was offered work at a biscuit factory in Richmond. ‘We soon got to make a lot of friends and then I got a job in the biscuit factory as well and I became a supervisor. My eldest daughter was 14 when we came over here, so she stayed home and looked after the young one while I went to work.’ Anne then became head supervisor at Red Tulip Chocolates. ‘I had about 60 or 70 girls under me. I loved it. It was really good.’

Anne is talented at crochet and, once retired, she spent hundreds of hours making things for residents of Royal Freemasons care homes, where her youngest daughter worked. ‘I crocheted hundreds of shawls. They sent me a beautiful certificate to thank me.’ Anne admits she was initially reluctant to move to Australia, a country so far from her own, but making friends here has made it home. ‘I'm just a person that talks to everyone. I get on with nearly anyone, I'm a very lucky person in that way.’